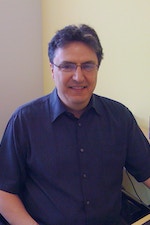 “From Subjects to Citizens: Two Pierres and the French Influence on the Transformation of the Illinois Country,” in French and Indians in the Heart of North America, 1630-1815, edited by Guillaume Teasdale and Robert Englebert. East Lansing: Michigan State University Press, April,2013.

“George Rogers Clark and the Revolution in the West,” in Reporting the Revolutionary War:
Before It Was History It Was News
, edited by Todd Andrlik. Naperville: Sourcebooks, November, 2012.